1.Some people believe that the best way to get a satisfying career is to study in a good college or university.Others say that keeping a steady and unchanged career path is more important.Discuss both views and give your opinion.

1.Some people believe that the one true indicator of success is wealth.Others say other factors such as fame and successful relationships can also symbol success.Discuss both views and give your opinion.

1.Some governments spend a lot of public money training up individuals to be successful in international sporting events.Some people believe that this money should be spent on things that will benefit the public instead.To what extent do you agree or disagree?

1.Some people believe that environmental issues that we face today are the results of economic development.Do you agree or disagree?

1.News reported in the media about problems and emergencies rather than positive developments is more harmful to the individual and to society.To what extent do you agree ordisagree?

1.Some people say a gap yearis beneficial for high school and college graduates.To what extent do you agree or disagree?

2.Some people think that both school children and college students should learn a wide range subjects and develop knowledge.Other people think that they should only learn a small number of subjects in details.Discuss and give your own opinion. 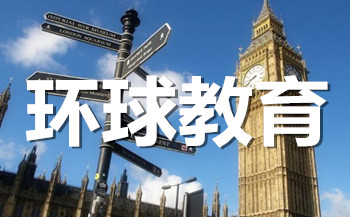 2.Some people consider that school education should be concentrated on academic subjects, which would be helpful for students’ future careers, and subjects like music and sport are not useful.To what extent do you agree or disagree?

4.Advertising discourages people from being different individuals by making them look the same.Do you agree or disagree?

5.People can perform everyday tasks, such as shopping and banking as well as business transactions, without meeting other people face to face.What are the effects of this on individuals and society as a whole?

6.In many countries traditional foods are being replaced by international fast foods.This is having a negative effect on both families and societies.To what extent do you agree or disagree?

7.Some people believe that the increasing business and culture exchanges between different countries is a positive phenomenon. However, others believe that this could lead to a loss of national identities.Discuss both views and give your own opinion.

8.The natural resources such as oil, forests and fresh water are being consumed at an alarming rate.What problems does it cause? How can we solve these problems?

9.International travel seems to make people more prejudiced rather than broad-minded.What do you think are the reasons for people to fail to benefit from the international travel and how to improve the understanding between different countries?

10.In some countries, students pay their college or university fees on their own, while in some others, the government pays for them.Do you think advantages that government pays the money outweigh the disadvantages?